Cuba is Like a Hijacked Plane: The Cubans know the regime is finished, but they are waiting to be told. An Interview with Oswaldo Payá Sardiñas  ByJan Pergler

Havana, Prague/ After 50 years of Fidel Castro’s despotic rule, the Cuban government led by the younger Castro, Raúl, introduced a series of  decrees that give Cubans, d the whole world, the impression that Cuba is becoming a better country. The opposition calls these cosmetic changes, such as allowing Cubans to own mobile phones, buy computers, and stay in luxury hotels, a charade. “Many people say that Cubans only want to improve their current standard of living. They want to have something to eat, they want to have better transport and are not so concerned about human rights. And I say: We, Cubans, want freedom,” comments Oswaldo Payá Sardiñas, a prominent opposition politician, on the current situation in Cuba, adding that life in Cuba reminds him of a plane. “Cuba is a big plane where the Cubans are the passengers and the government is the crew with no obligation whatsoever to inform the passengers about where the plane is heading, where it is directed or where it is going to land. As if the most important thing about the flight is that the crew has not changed and that it will continue piloting the plane. This is the reality under which 11 million Cubans are living.  This plane is hijacked.”

Where do you think that the plane, i.e. Cuba, is heading?

It doesn’t matter where the hijackers are taking it, what matters is the situation and the sensation of being kidnapped. Individuals, families and the whole society cannot make plans for the future. The very life of the people is the subject of this hijacking. The government keeps robbing entire generations of time, which for every one of us is limited. The totalitarian regime is not interested only in political power, but in having power over the people as well. Most of the people want changes and are aware that the regime is exhausted and has nothing to offer them. The regime’s official position is that there is no alternative, but to live under this regime. If it ended, the only alternative would be chaos or an intervention from abroad. And the regime has intimidated people with these ideas for 50 years. This intimidation is expressed by the omnipresent motto Socialism or Death (socialismo o muerte). We are living in a culture of fear that has been built for the past 50 years. This lie has permeated our lives and, thanks to the fear, it has become a big theater. That’s why people emigrate and the youth for example only have hopes of running away from the country.

I know the imaginary journey to the cockpit is dangerous and difficult. Do you think that Cubans will be brave enough to change their government?

People in Cuba have different life experiences; there are people who have changed their mind. For various reasons, personal, historical or through their family, many people are linked to the regime. However, they also want a change, but there are two types of fear – fear from the regime and, at the same time, fear of the changes. Also, there are different views on the future of Cuba. The opposition has created the program, Foro Cubano, which is based on very simple ideas. Yes, there is a variety of opinion on the past, future, history. And Foro Cubano says that the society as a whole, has to agree at least on the fact that we have common rights. Both the journey and the destination should be the right. The result should be political and economic democracy and a new constitution. But, the people have to be the protagonists. And in order to show the way, to make decisions about constitution, society, citizens have to have rights. In the past, there have been various moments when the elite with power, government and opposition, decided to make changes. However, the Cuban government has not shown any willingness to change.

Do you think the crew is aware of the atmosphere inside the plane?

We don’t hate those who govern us, but they are incredibly arrogant. They absolutely don’t respect freedom of expression. It’s not about permitting somebody something, but about introducing the freedom of expression. It’s a scandal that we still have prisoners of conscience, unjustly imprisoned. They are in prison for advocating human rights, but primarily, for supporting freedom of speech. Who are prisoners of conscience? They are people who expressed and promoted their own free ideas on the right to change. They have been imprisoned for peaceful, pacifistic expression. And they were sentenced to 20, 23 or even 28 years for this. There will be no real change unless all prisoners of conscience are freed. They are trying to exterminate our brothers. Those who want to do something for Cuba, first of all have to express their solidarity with the prisoners of conscience, demand their liberation and also they have to respect the Cubans’ right to have their rights. The right to have rights, is actually the motto of our program. We Cubans have a right to our rights.

Do you think there is hope for Cuba to change?

I don’t know if Czechs, when they read this interview, will be capable of jumping back 25 years in their thoughts. Yes, Cuba finds itself in a pre-change period. There will be changes soon. The society asks itself about what changes, how things could be. There are a lot of speculations about the future of Cuba. Should we opt for the Chinese model or for the Vietnamese? What initiative should be taken by the successors of Fidel Castro? There are risks that the people of Cuba have to confront, but great hopes exist as well. The risks exist, because for the past 50 years a privileged group of people has been governing that has an incomparable standard of living compared to the majority of the population. On the one hand, the regime has been sending signals inside the government and abroad that pretend that there have been changes. On the other hand, they are closing all of the doors to the future and maintaining a governmental ideology and harsh repression. The only thing they have guaranteed so far is that socialism will continue, that it will improve, but that it will continue with the same people and in the same direction.

In your opinion, what changes does the regime have to make first?

People have to have the right to vote, to express themselves, to travel, to do business freely. And my question is: Would this still be communism? Yes, the change has to be radical. It has to stand for the recognition of rights for everybody. Some emphasize economic changes, the liberalization of the market, which make the economic factor the absolute priority. Look at China, they are very successful as far as the market economy is concerned, but most of the people live partially like slaves. We say that we want Cubans to have market-economy conditions, to be able to establish businesses, but this must go hand in hand with the establishment of basic human rights. If we introduce privatization where not everybody has the same rights, they will cut Cuba as if it were a cake. And Cuba is not a cake. It is the home of all Cubans. So far, the government has not allowed the people to participate. It has been basically warming up the pressure cooker. Until recently, most Cubans didn’t believe any changes could take place. They didn’t believe the regime could end. Today, Cubans know that the regime could be over. And this creates certain expectations in midst of this fear. Cubans know and believe that the regime is finished, they are only waiting to be told.

On the 16th November 1989 in Czechoslovakia, no one believed all prisoners of conscience would be freed within ten days and that Václav Havel would be elected president within one month. Do you think Cuba is somewhere in November 1989 or deep in the 1970s?

I can see two similarities. The regime is exhausted, both historically and morally. And just like in Czechoslovakia, there are the people who long for freedom and for change. But there are differences between Cuba and the Czech Republic. No Eastern European country was subject to the level of deformation of the truth as we see here in Cuba. When there was communism in Czechoslovakia, the whole of Western Europe said there was no freedom in your country that there was totalitarian regime. However, the same is not said about Cuba. On the contrary, lots of influential people say that perhaps Cubans want to live under this regime, opposed to the United States. Because as Cubans, we look so cool, so relaxed, we have great beaches, great music, and we keep on smiling. The view of Cuba is still superficial in the world. But I have to be fair. Change in Cuba only depends on us. That’s why we are trying to open a dialogue with the government. The government doesn’t want to accept us even as persons. The only negotiation method is to insult and to underestimate. This is very dangerous for Cuba. The government still has decisive powers and it is vital that the changes are peaceful. If the government fails to accept a big part of the society, which is not identified with its total power, and it will keep on imprisoning people for their ideas, the changes won’t be peaceful.

Many opposition politicians fear that the rage of Cubans could turn into violence. Do you think it’s possible?

If Cuban government recognizes our rights, there will be no violence. If human rights are recognized, there is a margin for reconciliation. And once we reach reconciliation, it will be easier for us to look into the future and away from all of the injustices of the past. The aim of our activity is to make peaceful changes. Violence would be a huge tragedy not only for the Cubans, but also for the democratic opposition. I don’t believe that the government would be so blind. I don’t believe the government is counting on its power lasting forever and hoping that people will not ask for their rights out of fear. If Cuba doesn’t open the door to dialogue, hate and corruption will keep on accumulating here and the government and the whole country will be challenged by instability, violence and repression. But sometimes, the arrogance of the representatives of the regime when they speak makes me think they must be blind. With all modesty, I must send them a message: the people of Cuba will continue fighting to conquer human rights.

Jan Pergler is a deputy editor-in-chief of the Czech daily, Denia 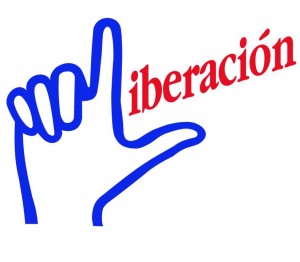 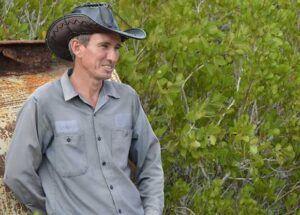 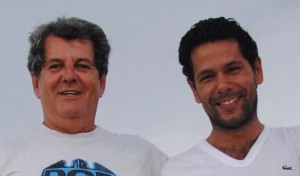